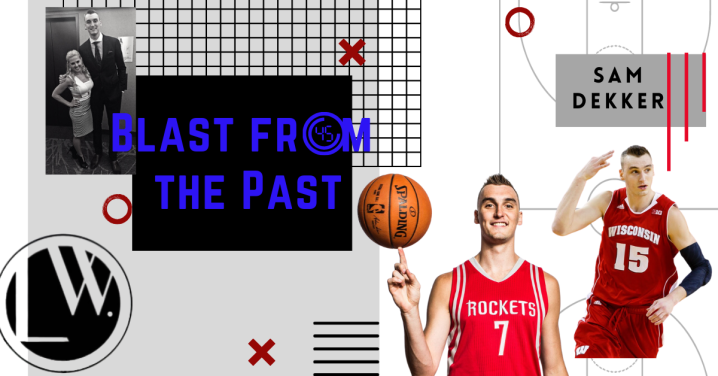 The Review and Revival of Sports

Happy Tuesday beautiful people! If you’re like me, the recent slow but sure revival to broadcasted sports is life-giving to both the soul and one’s mental sanity. I had always been under the impression that a career in the sports industry had a slightly above average degree of job security simply because sports are the most popular pastimes, hobbies, and forms of entertainment in the world. People will never want to stop consuming these, and therefore the demand supports the need for work. For the most part, this theory holds to be true, but as we have recently learned, pandemics–of all things–do have the ability to shake up the system.

During these last few months, I’ve had the chance to not only prepare for when sports are reintroduced into our lives, but also to reflect on some of the amazing memories that this career has had on my life since I started. When I first entered the industry, my work was very different than what it is now. I began by lending style advice on the side to athletes for about nine years; this little hobby was truly a passion of mine. And then I finally reached a point where I left my job in corporate America and focused on pursuing this dream full time (take a look at some of my other blogs to hear more of this story).

What started as styling professional athletes for the events that shaped their lives off the court or field, slowly became a more refined vision for what I wanted my company to become. Even at the inception of LW Branding (which actually started off as LW Styling), my work always went beyond the clothes — it was always about building a brand and sharing a story. It’s said that where you’ve been shapes where you’re going, so here’s a blast from my past that no doubt influenced who I am today.

My Blast from the Past, Sam Dekker Style

My story begins on May 6, 2015. This would have been a little over a month out from the 2015 NBA draft to be held in New York–a very appropriate location to solidify and fulfill the dreams of young talented basketball players–because anything can happen in New York.

I was first introduced to Wisconsin Basketball Forward Sam Dekker on his 21st birthday. Just as I do with any new or potential clients, I set up a meeting for us to simply get to know each other. We talked about his family and his time in Chicago, and swapped stories about our respective athletic careers in the Big Ten (Boiler Up!). At one point in our meeting, Sam stopped and reluctantly asked me if we needed to make decisions about clothes right then and there… I could tell that this was how most things had been presented to him recently. He was relieved to know that the only reason I was there was for us to get to know one another, and then from there we could each decide if it made sense for us to work together. Generally speaking, letting someone into your home, and more specifically into your closet, is a very personal thing. I couldn’t ever imagine asking a client to let me do that without building up some level of trust. By the end of our two hour conversation, Sam let me know that he wanted to work together…

Side Note Insight: I strongly believe that the real secret to why I am successful in what I do rests in relationships. It’s about people. Having the ability to truly get to know someone and understand them beyond what others see–very relevant with professional athletes–is an art to be developed, not a science to be memorized.

I scheduled Sam’s custom suit fitting for 4:00pm on May 29th. Up until this point, Sam had told me that he trusted me to make the decisions when it came to his style. I find that there are two types of males when it comes to style and appearance: those who give you full control to do whatever you want, and then those who want a say in every decision. I love and hold a special place in my heart for both.

It was on this particular rainy afternoon that a new level of trust was built between Sam and I. Sam was 20 minutes into his fitting when a fabric pattern that was laying out on the table caught his eye. He stared at it and then after finally grabbing it told me that he has always wanted a suit like that and if the opportunity ever came up he would love for me to put one together for him. Little did he know that earlier that morning I had made the final decision to go with that exact fabric. I’ll never forget the reaction from him when I smiled and told him that he was being fitted for that very suit. Sam said he had run into Aaron Rodgers once day when he was wearing a similar suit, and had wanted one ever since. I guess dreams do come true.

The Crazy Behind a Well Dressed Client

Most people have no idea what goes on behind the scenes at an event and the weeks leading up to it, that is from a personal stylist point of view. Well here is your insider look. Fast forwarding to late June, Sam and I’s trip to New York, and the week leading up to the draft, details had been crazy, but everything was supposedly set in place. I have a crazy positive attitude so I actually do really well operating under the “be ready for anything and everything (to go wrong)” motto. The fact is, things can always be worse, but at the same time there is always so much to be thankful for. Work hard to control what you can, but don’t cause premature aging by worrying about what you can’t change.

One of the reasons that it’s often beneficial to hire a stylist rests in the fact that you don’t have to deal with the mishaps and issues on your own. No one wants to start their day at 7:15am trying to track down dry cleaning that didn’t show up for an 8:30am photo shoot, or going on last minute razor runs through crowded New York streets. Talk about a stressful start to the day. Thank God for Starbucks.

The chaos started the Saturday before the draft that was to take place when I received a message that the custom shirts, suit and jacket that I ordered weeks in advance–mind you the one we had designed and tailored specifically for Sam–were not going to make it in on time due to an issue overseas (I guess that’s what I get for using Italian fabric). Talk about panic mode. It’s not easy to find last minute off the rack clothes for anyone, let alone a 6’9 human. I basically ended up doing a world shopping tour across the city, and let me tell you, if I hadn’t mastered the art of power shopping before, I sure did then. We found a look that fit well and still a stylish and unique option. First fashion crisis averted … onto the next.

Part of the draft week festivities include photo shoots for each prospect. I dropped off a few shirts to be pressed upon checking into the hotel the night before the shoot. The concierge assured me that the shirts would be done no later than 9am the next morning for the shoot at 10:30. Perfect. Everything was perfect, fine and dandy until the photo shoot was moved from 10:30am to 8:30am. Not perfect. Let’s just say I had everyone and their mother (aka boss) running around the hotel that morning trying to track down those shirts for me. Once again, the word crazy probably needs to be used. Those guys couldn’t have thought I was any less than that. Some people will just never understand how important one shirt can really be! Second fashion crisis averted.

Timestamp: Day of NBA draft, 3:30pm. Five O’clock shadow. Enough said…. Oh, and the bus is leaving for the Barclays Center in 30 minutes. Good thing I was wearing Nikes (I’m pretty good in heels though) because I probably would have ended up with a significant injury based on how fast I ran out of that hotel to go buy razors. Not to worry, Sam was clean shaven for his on-stage appearance. Third crisis averted.

These crisis highlights make it sound like that trip to the draft with Dekker was anything but enjoyable, which was absolutely not the case. I love being part of every step of the journey when it comes to my clients. These are memories and relationships that go far beyond the single event that was so important in the moment. The last thing that I ever want is a client to worry about is anything other than the task at hand. Whenever I take on a client for a special event or a project, I make it clear that their job is to stay focused and enjoy every last minute of whatever it is that they are taking part in. Leave the rest to me. This held true when I first started years ago, and even though the nature of my work has shifted slightly, the importance of this still remains.

Thank you Sam for the memory!